One of the many tragic outcomes of Hurricane Katrina has been the destruction of the historical treasures of Biloxi. Fortunately, many of these artifacts had been photographed because they were publicly accessible in the Gulf Coast Maritime and Seafood Museum. Of course, being located at the Museum put the artifacts directly in the path of the hurricane, but it’s likely that if they weren’t in the museum, they would have been in nearby buildings or houses that were also destroyed. Hopefully, enough high resolution photos were taken of the exhibits that some can be faithfully recreated, or at least made available via high quality prints. 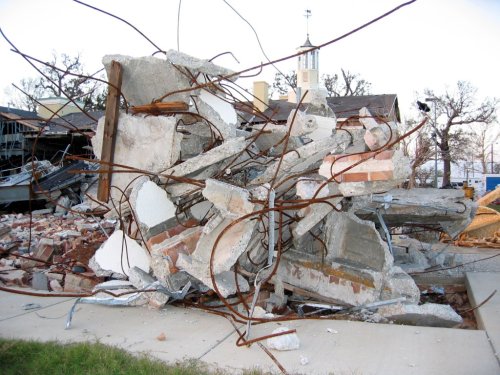 The above photo makes it clear just how powerful the destructive force of a storm sturge can be. Several squares of concrete full of rebar were ripped up into a big ball as if they had been sheets of paper and thin copper wire. 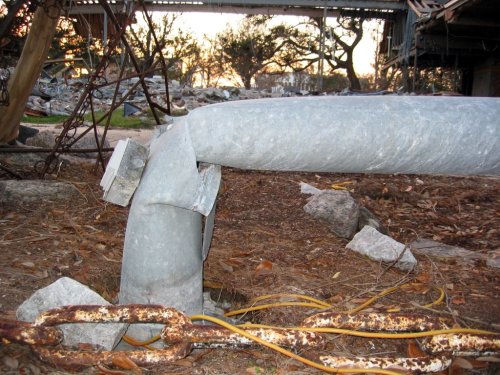 This metal light pole next to the museum was completely bent over almost from the base. Although it’s possible the wind could have done this, I think it is quite likely the storm sturge knocked it over. Imagine what it would have been like to have tried to ride out a storm of this power after beig washed out of a building. Unfortunately, this was a reality for quite a few people, and many of them did not survive.