I posted a photo last month of one my cats sitting at the table about to engage in a full scale assault on an ear of corn. This was an old photo from when he was a kitten.

As Alexi has gotten older, he demands access to the corn as soon as it comes out of the boiling water. After it cools, I cut off 30 or 40 kernels for him, which he quickly devours. But sometimes, that’s not enough …

Here’s Alexi after he has stalked and trapped an ear of corn in the wilds of my living room. 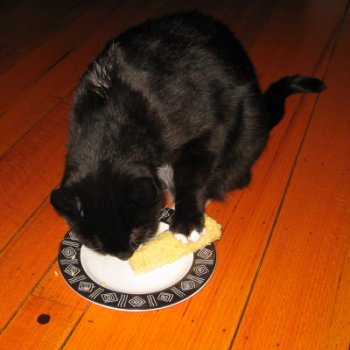 After trapping the ear of corn, he proceeded to bite off any remaining kernels. Then, he moved on to trying to eat the cob whole. 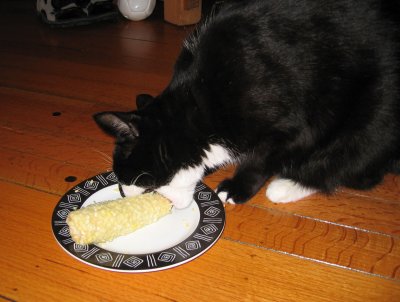 Finally, once he had torn away any visible remnants of corn kernels, he licked the cob end to end to siphon off any remaining corn juice. 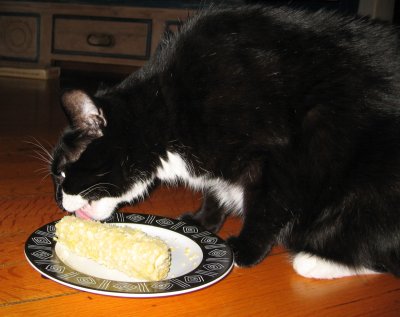 Disclaimers: An ear of corn was injured in the filming of this spectacle. No digital editing wizardy was used in the composition of these photos. That’s a real organic ear of corn and a real 19 pound cat.

Update 7/7/2008: Courtesy of Boing Boing and YouTube, a video of somebody else’s cat eating an ear of corn: