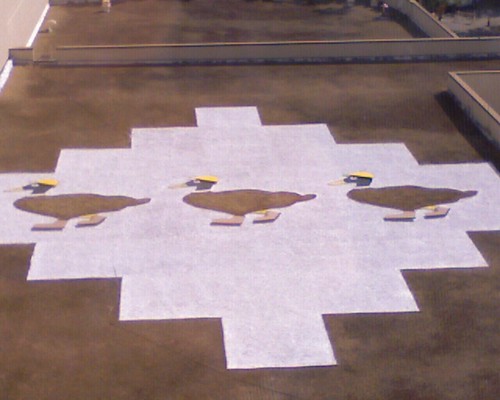 While in Orlando visiting a prospective client this week, I stayed at the Peabody Hotel. This chain of three hotels is famous for having ducks march down a red carpet and hop into a fountain in the morning. In the late afternoon, they hop out and head back up the red carpet to a more private location in the hotel.

In case it’s not obvious, the photo to the left is the roof of part of the hotel. 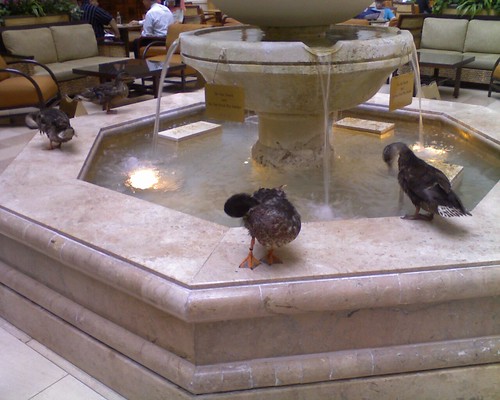 I had seen video footage of the ducks doing a leisurely waddle down the red carpet at the original Peabody in Memphis, but the Orlando ducks were doing something closer to running. And I swear I was not making any comments about making my famous smoked duck and andouille sausage gumbo. At least, not in a language they would have understood.