I went to a friend’s birthday party this weekend (Hi, Eric!) at which he roasted a seventy pound pig. He and a friend built a big fire during the night that they let burn down to hot coals. The pig was wrapped in banana leaves and stuffed with river rocks that had been heated by the fire. The pig was then wrapped in canvas and buried with the coals at around 6 am. At least, I think that’s how it went down. The pig in the blanket was also resting on some chicken wire so he/she could be easily retrieved. Finally, they built another fire on top of the buried pig and roasted foil wrapped potatoes. 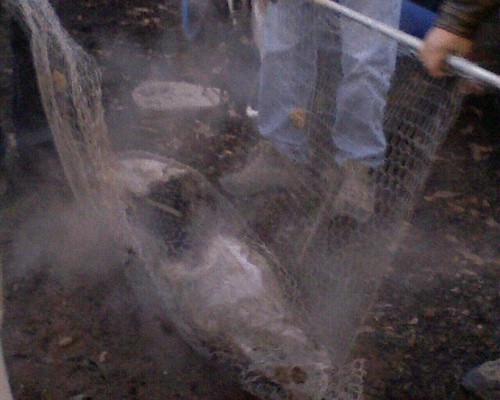 After the pig was hoisted from his secret hideout, they rolled him back and forth to shake the ashes off the canvas. Then it was up onto the table for the dissection. 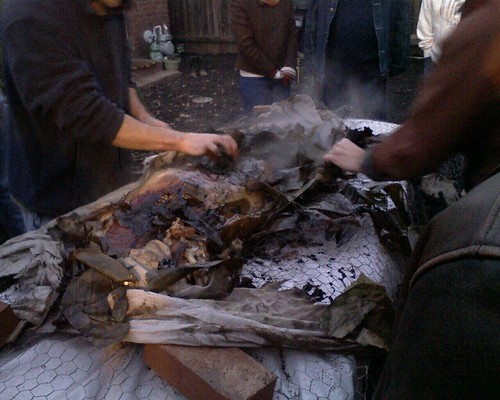 As the canvas was rolled back and the banana leaves peeled away, the rich smell of roasted pig and rosemary poured out. Then it was time to extract the meat from the skin and the bones. Nearly twelve hours of roasting at a relatively low temperature made for moist, flavorful pork. 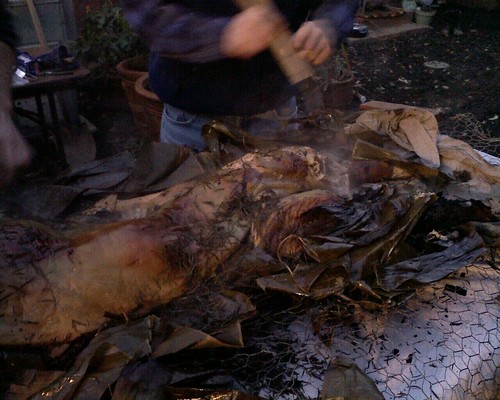 One thought on “Piggie Roasting under an Open Fire”