Some parts of Biloxi look to have substantially recovered from Hurricane Katrina. Other parts don’t look much changed from when I visited in December 2005. However, the Mississippi Gulf Coast seems to be recovering faster than Louisiana.

There was a big difference in what I saw in Biloxi and Gulfport from what I later observed in Slidell and New Orleans East. Most of the damaged homes and businesses in Mississippi have been razed and the debris removed. While this leaves a demoralizing patch of concrete slabs in some locations, at least the area looks ready to rebuild.

In Louisiana, I saw many neighborhoods that still appeared to be uninhabitable ghost towns. From a distance, the houses looked okay. But, as I got closer, I realized I could see through the houses because they were mostly empty on the inside. When I did come upon houses with cars or trucks out front, I usually also saw a trailer out front or in the backyard.

Many houses in Mississippi were severaly damaged by winds and storm surge (many more by wind than the insurance companies are willing to admit). The water damage was generally from fast moving waves. Not long after the storm ended, the waters retreated back down the rivers, bays, and beaches into the Gulf of Mexico.

In Louisana, the winds weren’t nearly as strong and the storm surge was not nearly as bad. However, due to the lower elevation, the flood waters slowly rose up to fill houses many feet deep. Instead of the walls being knocked down, the houses slowly drowned over several days.

One result is that the houses in Louisiana often look more salvageable from the outside than the ones in Mississippi, but they really aren’t. Many of them can probably be gutted and rebuilt inside the existing structure, but many of the structures have been so damaged from sitting for days in flood waters that the frames have been weakened. Next time, a less strong wind could do a lot more damage to these houses.

Here are some of the pictures I took along Highway 90 in Biloxi and Gulfport. The first photo is of the Frank Gehry designed Ohr-O’Keefe Museum in Biloxi. They do still plan to build it, but obviously there is still a long way to go. 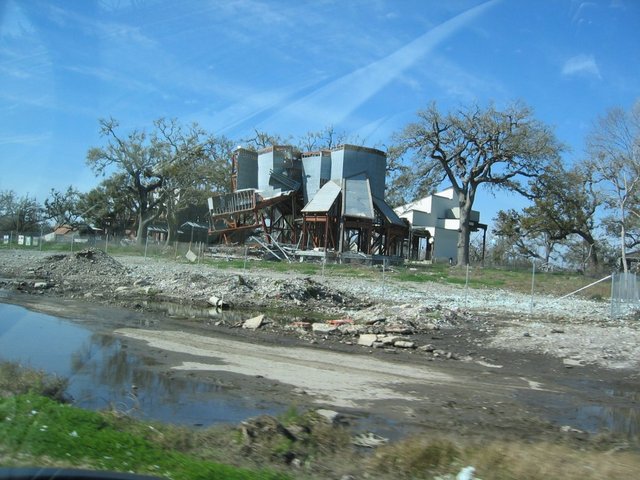 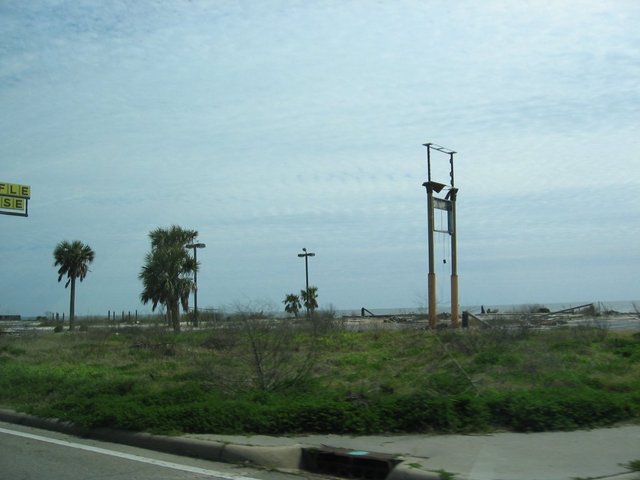 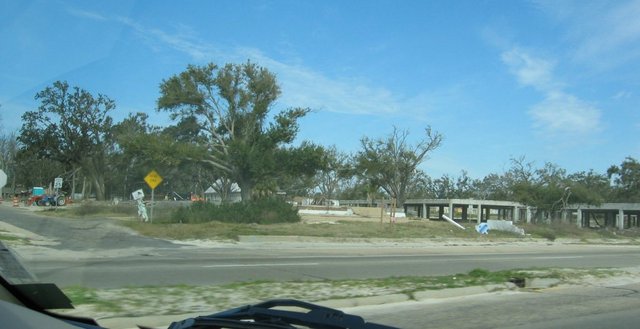