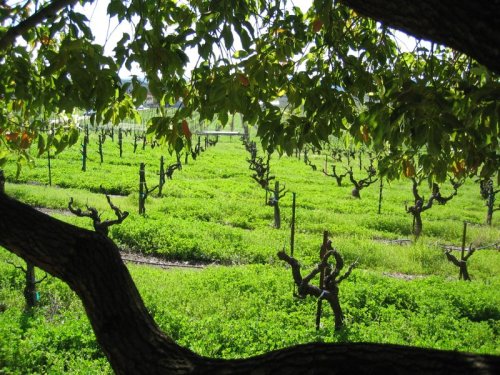 Mmmm, toasted French oak barrels. A little bit woody on the finish and a tad fibrous, but still … No, we didn’t taste the barrels at the Russian River Wine Road Barrel Tasting, but we did taste an exceedingly large number of delicious wines that were still in the barrels. At David Coffaro’s winery, the wines were actually in mylar bags in boxes, but those samples had very recently come from barrels (maybe I had had too much to drink at that point, as the wine was being siphoned directly from barrel, and the boxes merely held the spigots). Speaking of Coffaro’s, there’s nothing like drinking their fine Pinot Noir, Zinfandel, late harvest Sauvignon Blanc, Carignan, Terre Melange, and many other fine varietals and blends while watching Woodstock on a huge screen in the barrel room. Another cool thing about Coffaro is that he’s a blogger. 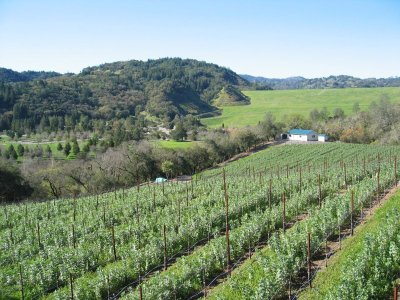 On Saturday, we stopped at eight wineries – Lake Sonoma Winery, David Coffaro, de Lorimier, Murphy-Goode, Trentadue, Stryker Sonoma, Foppiano (Lou autographed a bottle for me), and Christopher Creek. On Sunday, we also made stops at Amphora and Chateau Souverain. When all was said and done, I had purchased just under four cases of wine. Most of it was already bottled, except for the futures I purchased from Coffaro.

Some of my favorites from the weekend were the Stryker Sonoma 2002 Dry Creek Zinfandel, Coffaro 2004 Estate Cuvee, Amphora 2003 Zinfandel, and the Chateau Souverain 2002 Reserve Cabernet Sauvignon.

I highly recommend attending a barrel tasting event like this one. You get to taste a large number of wines, snack on yummy bits of food (not just cheese and crackers or bread), meet lots of interesting people, learn a lot about how wines develop in the bottle, and get great discounts. I do at least 75% of my annual wine purchases at this event, with a fair number of these bottles ending up as gifts.

Saturday evening, we also made it over to the Sonoma County Fairgrounds for the Crab & Fennel Fest. While, I’m not really a big fan of fennel, it did make for a nice accompaniment to the crab in small volumes. There was nothing small about the volume of crab I consumed, though. This photo shows maybe half of the remains from the Dungeness crabs that I devoured that evening. 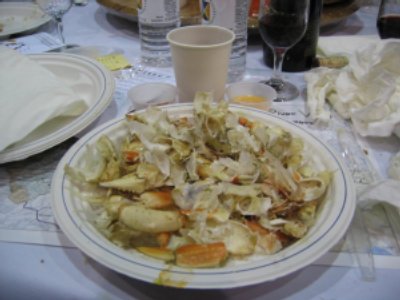